the morning after the night before . . .

*the glorious sun smiles brightly on all, ashore an' aboard. kitties stretch an' wash themselves
or whatever part of whomever they can reach*
*the banquet tables are besieged by kitties who has slept LONG past breakfast for the furst time in their lives. if only their beans were here to enjoy it!* *sigh*

fagin bounces brightly from the interior to the foredeck, closely followed by cato no-tail, cabin boykit o' th' cat o' nine tails. given their sprightly actions an' happy manner, neither appears to be the origin o' the moans.

by means o' some long-distance tail signals an' ear twitches, arrangements are made to meet forthwith wif skull-crusher left-eye louie, dana, an' princess isis the woofie at the first clump of trees west o' the rocks to PLAYPLAYPLAY!!!! since wig-waggin' out inna open is seen by all, a good many dories, skiffs, an' all manner o' ship's boats converge on the appointed spot, an' th' junior set be seen no more til late in th' day. PLAYPLAYPLAY!!!

*gulps* *runs for the head*

ah, well. we'll be off for th' treasure after a few strips o' bacon an' some nice, greasy pork chops fer our vittles . . . hoy! jack! where be ye goin'?? *nels laughs* th' head be THAT way! *points wif his tail* xing--be sure the lads get the next conveyance t' the island. i be off inna ship's boat. t'will be a sad day when demon tuna juice keep me from me rondyvoo wif treasure. an' by the bye, where be fatcat? he be the keeper o' the map!
ummmm, cap'n?
aye, xing?
i saw fatcat an' nitro slink aboard a while ago. fatcat had no map about him that i could see. an' i could see plenty, for he were mother-nekkid. so were nitro, for the matter o'that.

arrrrrrh. FATCAT!!!!!
aye, cap'n?
what in th' name o' king neptune hisself be ye doin' nekkid?? where be yer hat an' maille shirt? bigod--if yer shivs weren't fastened on t'ye, they'd be gone, too, i swear it.
ahhhhhh, there were this cask, y'see. an' some pretty native ladycats, an' me an' nitro . . .
arrrr, yess . . . ye needn't go into any partikulars now. ye be pirates, after all, tho' ye has no hoo-hahs. but where be th' map? tell me true, now, er i'll put ye in wif th' prisoner after keel-haulin' ye!
errrr, i hasn't seen it lately, yer worship.
*extremely patiently, wif a scary smile:* an' when would be the last time that t'weren't "lately", fatcat?
it were, ummmm, perhaps at two bells o'the second dog watch, kind cap'n, sir.
WHAAAAAAT? an' how be we findin' o'the treasure, then?
me an' nitro, we seen clear sign o' where it be, yer lordshipness! we kin show ye!!
let's get t'the island then, an' if ye show it t'me plain, mayhap ye'll save most o'yer lives.

*off to the island, wif nitro an' fatcat rowin' as if their tails were afire (which may yet happen, if they please not the cap'n, who be crankier than usual owin' t'the tuna juice)* 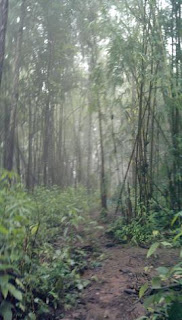 it be at the bend in th' path. ye'll see, right enough!

we'd best be a-followin' this trail!

be careful where ye dig, mind ye--be sure the spot be not too close t'the comfort stations!

yaaaawwwn- we so tired from talking pirate yesterday.
nite-nite for now.

Hope you had a good pirate day!

Mom and I are making rounds today thanking everyone that sent condolences when my OWCB Texas passed. Thank you, you were a real comfort to my fambly when they needed you most. Thanks also for taking the Texas dare.

We arrrrrrrrrr sure we don't know what happens next.... *crouches in eager anticipation*

we don't know. We can't wait to find out what happens next.

HA! That was pawesome! I can vividly imagine a pirate ship full o' kittehs! Yar!

*GASP!!* This is so exciting! My whiskers are quivering with anticipation to find out what happens next!