(we picks up our tale at the front door, where the dbd is woofin' up a storm, waggin' an' floggin' all wivvin the reach of The Tail of Death):

mommer lets a coupla peoples we haf nefur seen befur come inna house, hugs 'em an' laffs wif 'em an' stands around talkin' wif 'em. just then, while we are cowerin' reconnoyterin' from behint dad's chair, we notices that all the forbidden doors inna hall are open (accept Xing's), but befur we kin scamper down there  to 'vestigate where we're not allowed, mommer starts walkin' wif  them peoples down the hall. an' the *DING DONG* sounds again--more woofin', more greetin', more ruckus! daddy lets four more stranger-humans come in, an' as far as WE're concerned, "that's all she wrote" (as pappy smiff useta say when there just wasn't enny more TO say). we scattered to our bunkers behint the sofa an' some ofur places we ain't tellin', an' hunkered down purrayin' that the invasion would be a quick one.

more *DING DONG*s, more stranger-humans (an' a few that we knows), an' even a coupla half-size humans. oh, the humanity! noise, noise, noise!! human beans roamin' all through OUR house--even on OUR CATIO--on OUR day, our QUIET day!!! finely, we lissens close an' finds out that this is a party fer daddy's purrthday an' at the same time, a party called a "housewarming" fur our new house. 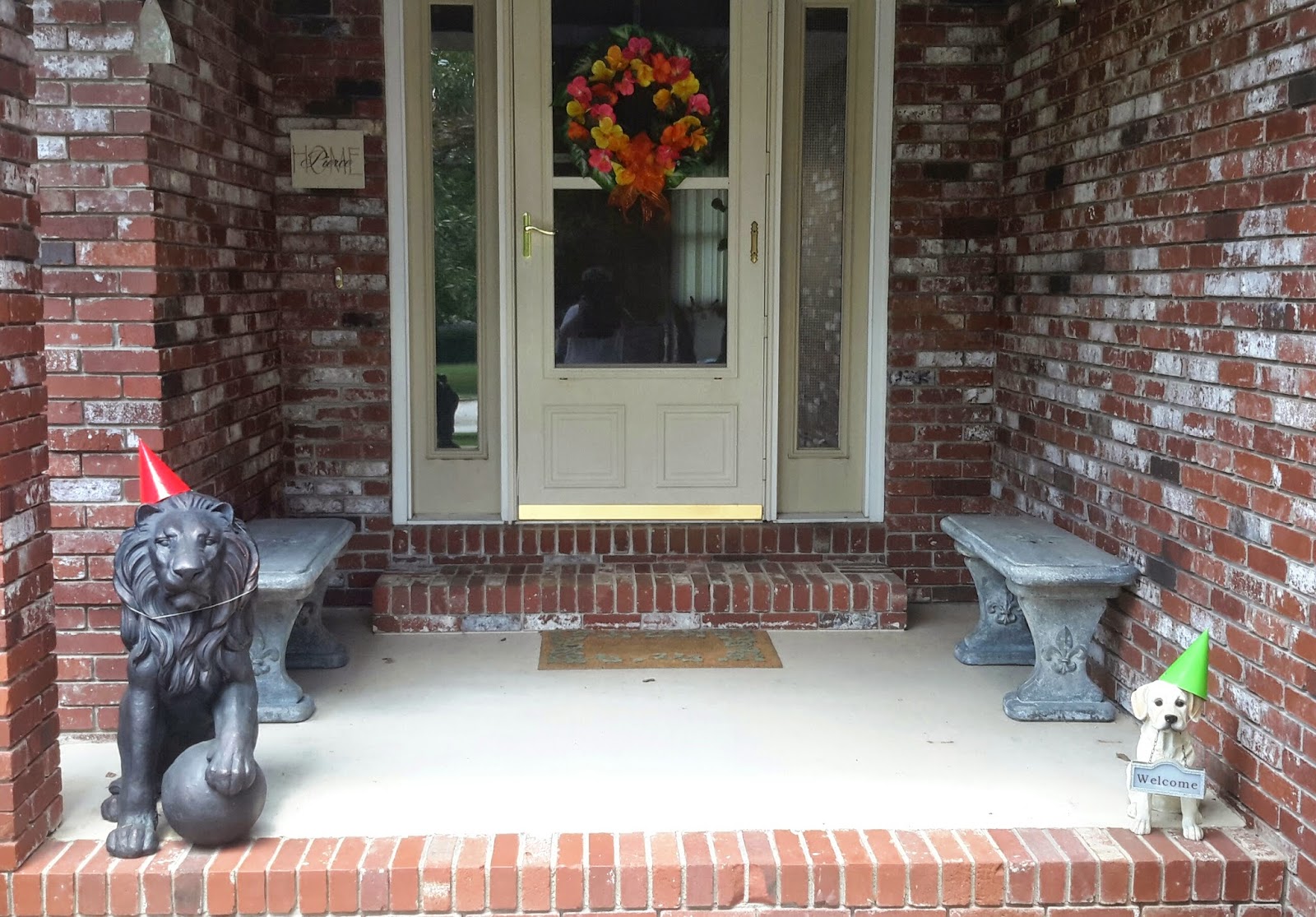 purrthday parties we unnerstand. we discussed the "housewarming" thing amongst ourselfs, but couldn't figger out why they would wanna warm up the house inna summer, when they keep the cold-air thingy blowin' alla time to make it cooler. human beans is nutz, but you knows that already.

then yummy grilled-food smells began makin' our noses twitch, but efurryone stayed outside onna deck to eat an' there's no way we woulda come out to get ennything ennyway acause of all the stranger-humans. what torture!! at least most of the ruckus stayed out there, too. after a while, though, they all came back in an' the volume level gotted worse an' worst! most of 'em started drinkin' tea-colored stuff from little, tiny glasses about big enuf fer kitteh beer mugs, an' then it just got louder an' louder!! our ears felt like they were bleedin', an' there were so many beanlegs to weave through that we couldn't even go to our litter bockus out onna catio!! xing was the only lucky one--her door only got opened for a minnit or two, then closed again (but lotsa times), an' HER potty is right there in her room. us poor boycats din't dare pee in our bunkers acause then WE'd hafta smell it an' be wet, so we just tuffed it out an' tried not to asplode.

(thus endeth Part the Second. mommer's got the finger-numbies again, so we'll see you tomorrow. honest!)
Posted by Meowers from Missouri at 6:00 AM

Asplodin mancats would not be a pretty sight!
It sounds like it was a great party for the humans.

Oh my Cod, that sounds absolutely dreadful! We sure hope you didn't asplode!!!

OMC you just made my so sympathetic for you and mommy laffing and laffing.

Happy Purrthday to your daddy and comcatulations on your new home. xoxoxoxox

HAPPY PURRRRTHDAY to your daddy then...we messed up when we thought it was your mommers BD last week...but hay...we are cats and can do what we want anyway. Hope you were able to get some yummy scraps after all the stranger beans left your casa....