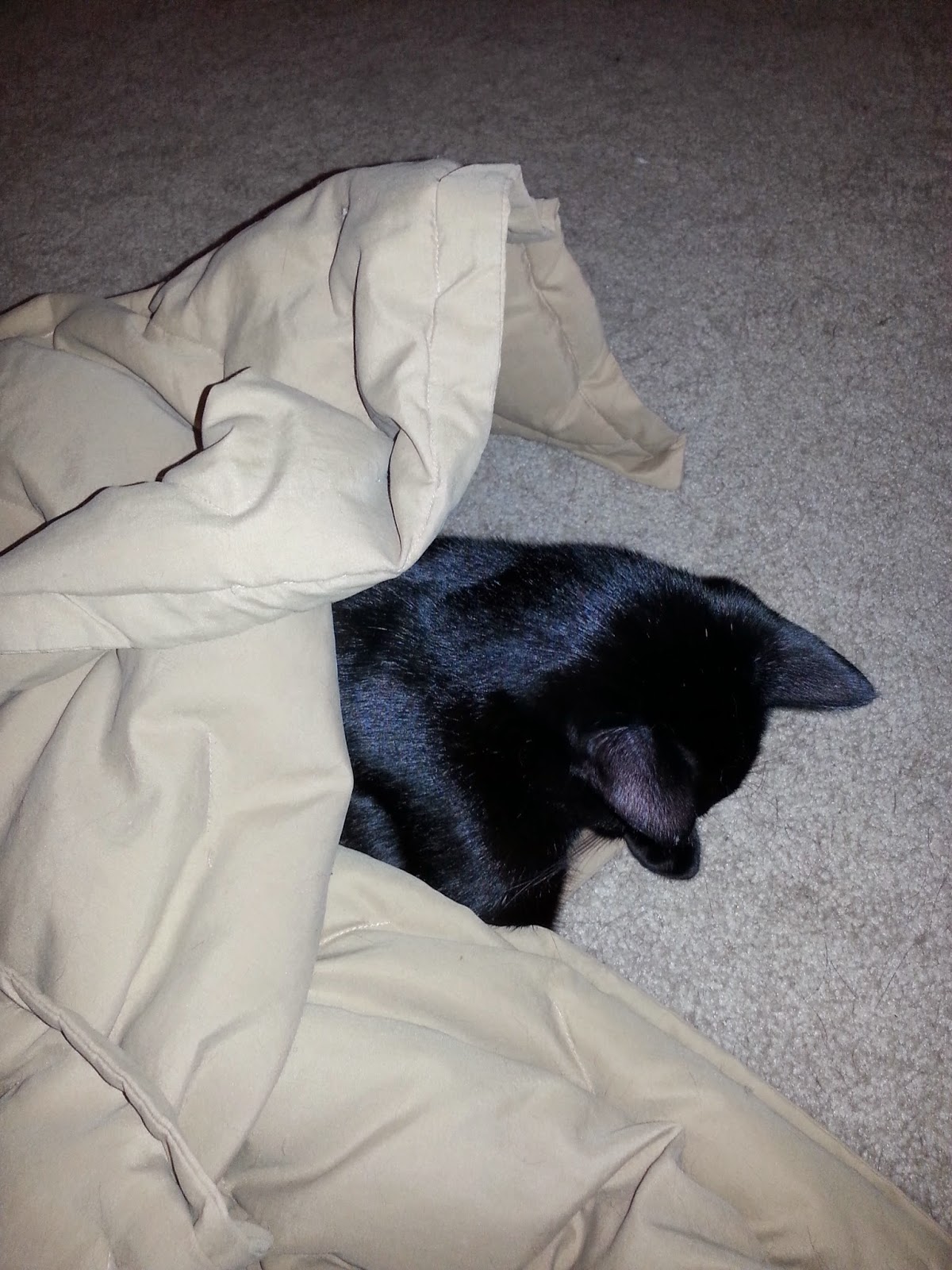 when mommer's foot blankie fell offa the footrest onna reclinin' chair last nite, dammit burrowed unner it like he was a mole. mommer hadda pull back the edge just to get this picture of him. then she covered him back up, an' he nefur moved the whole time! he stayed there for almost a halfa hour. then when she gotted up to go to the human litterbox, he reached out an' snagged her foot. she stumbled an' danced fur a minnit, an' he had enuf time to beat her to the little room, where he tripped her again. she sed he was lucky she din't hafta go real bad. we fink she was the lucky one! we also fink he wasn't asleep unner there; he was jus' bidin' his time!

Posted by Meowers from Missouri at 6:00 AM

We bet you loved being under the cover but hope you didn't laugh when you snagged your human's foot!!
Luv Hnanah and Lucy xx xx

What a stinker he is! Sounds like some kittehz we know....

MOL! You don't get a name like Dammit for no reason.