Our Furry Best Wishes to Each an Efurry One of You, Dear Furriends!!
(clickify an' enjoy)
Posted by Meowers from Missouri at 9:42 AM 14 comments:

just 'cause i'm so cute! 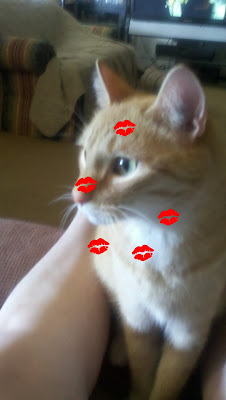 Posted by Meowers from Missouri at 6:00 AM 14 comments:

the feline americans! thanks, guys!! 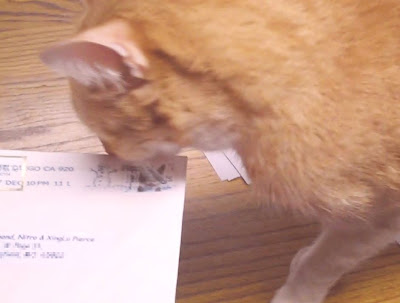 an' thanks to all the ofur furriends who haff sended cards!! we're sorry we haff a lazy, lazy mom who just doesn't "do" cards. but we loves you, each an' all!!
Posted by Meowers from Missouri at 9:03 AM 6 comments:

it was NOT me

when mommer came home last night, she shrieked an' hollered--it was mostly dark an' she couldn't see furry well, an' she thought we had made a really big mousie go ded inna kitchen. then she hit the light switch an' an figgered out it was her "chrissmiss red" nail polish, an' she started to shriek an' holler again, but this time it was mostly werds from the bad werd list. well, whattaya expect when you leave a roly-poly object onna table where kittehs play?? 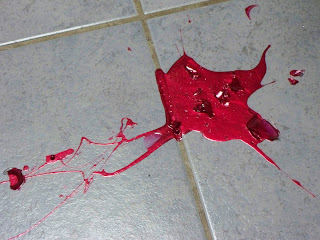 howefur: i can say wif certainty that it wasn't ME. i dunno who it was, acause i couldn't see inna kitchen. it prolly wasn't xing unless she figgered out how to break outta her rooms. nitro was sleepin' mosta the day inna chair by the fire box. an' i din't see iggy much at all that day. but i know santa paws is comin', an' i am no dummy. i was sittin' right here inna liffin' room corner onna ol' chair, not doin' nuffin'. alla time. all day long. an' that's the truth . . . thpppppbt. 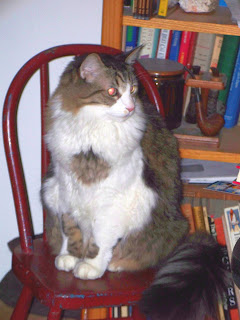 Posted by Meowers from Missouri at 6:00 AM 13 comments: 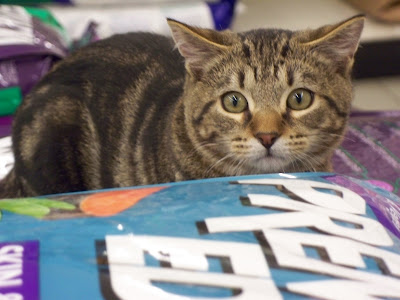 this is gilligan. he liffs inna nearby pet supplies store. isn't he a cutie? mom took this picture while she was playin' the fingers-creepin-ofur-the rattly-paper-bag game wif him.
inna movey below, he gets to know a little woofie. an' the li'l woofie makes her feelins known!
Posted by Meowers from Missouri at 6:00 AM 10 comments: