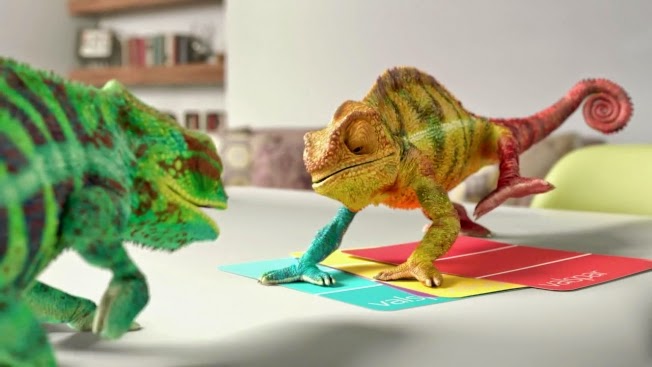 we has been lissenin' furiously to dammit's sneaky phone conversations, an' it finely came out: he was bein' considered fur a stunt dubble fur one of these guys, but he din't take the job. he refuzed when he found out he'd hafta shave his furs! (we think it'da been a fine thing to do, an' help him look more like a cameelyun, acause then he woulda had bumps all ofur him--frum haffin' poose-gimples!)

hmmmm. who could it be? lately, dammit has been posin' a lot like this. an' spendin' a lotta time on the phone, haffin' whispered confursashuns. he hushes up soon's one of us gets close an' won't finish talkin' until we walks away. frum what we kin piece togefur, he's up fur a job as a "stunt dubble" (whatefur that is) fur some famis animal star. we can't imagine who it might be, but we heard that he hasta dye his furs green! an' then red. an' then blue. an' then razzberry. an' then akwa. enny ideas?
Posted by Meowers from Missouri at 6:00 AM 4 comments: it looks like igmu is right unner the cat-trap!! he better wake up an' smell the catnip!! (it's akshully a ol' cover to keep flies offa pic-a-nic foods--it came from our gramma evelyn's house. iggy don't gotta werry, though. a 'nemic 'nat could push his way through the cover acause it's so old. the paddle hangin' onna window frame was grandad pierce's faverite paddle fur manooverin' while fishin'. 'tweren't worth a bean for paddlin' downstream, howefur.)
Posted by Meowers from Missouri at 6:00 AM 6 comments:

the clawr of doom! 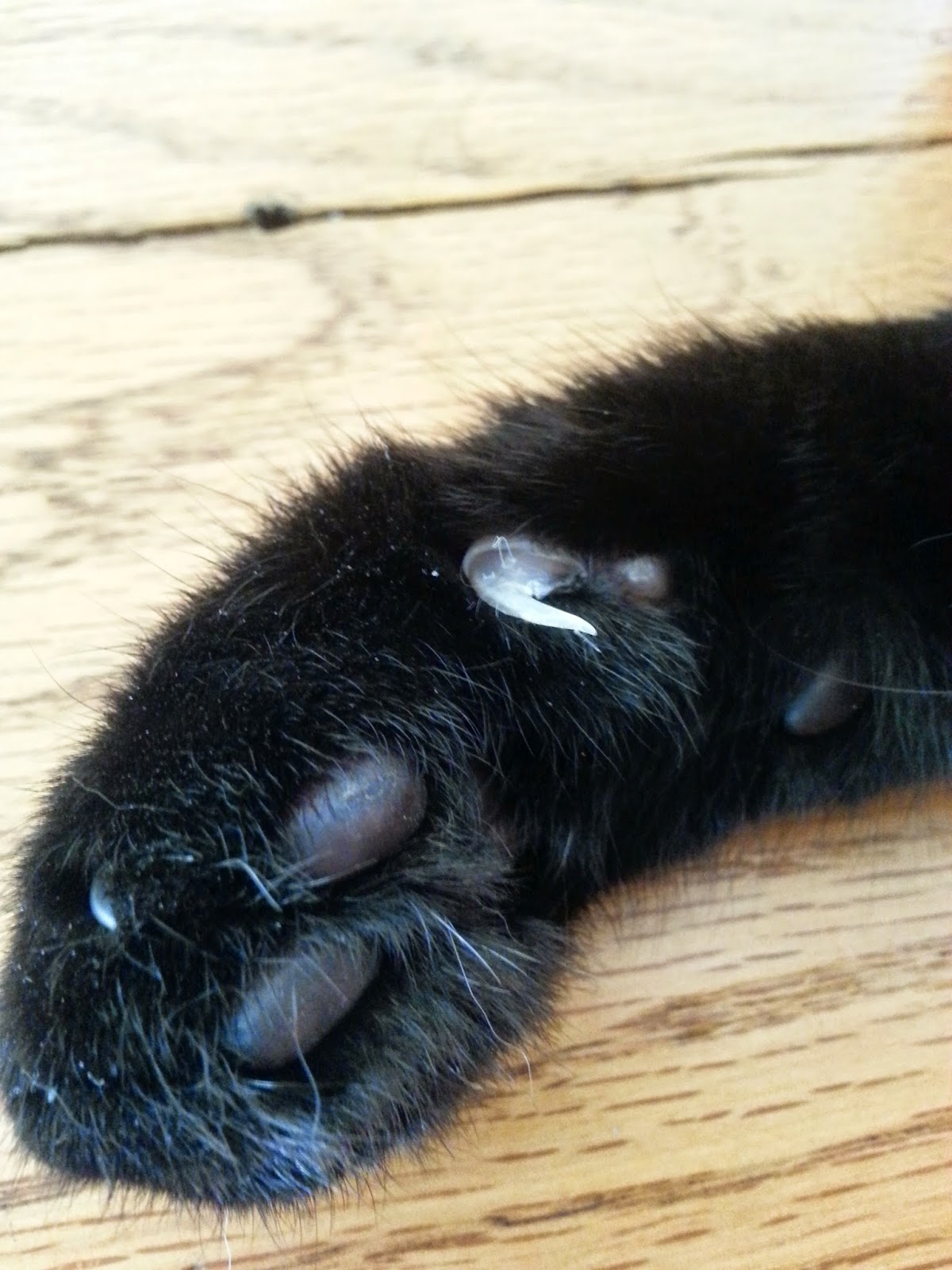 Posted by Meowers from Missouri at 6:00 AM 8 comments:

nitro is a scrapper! 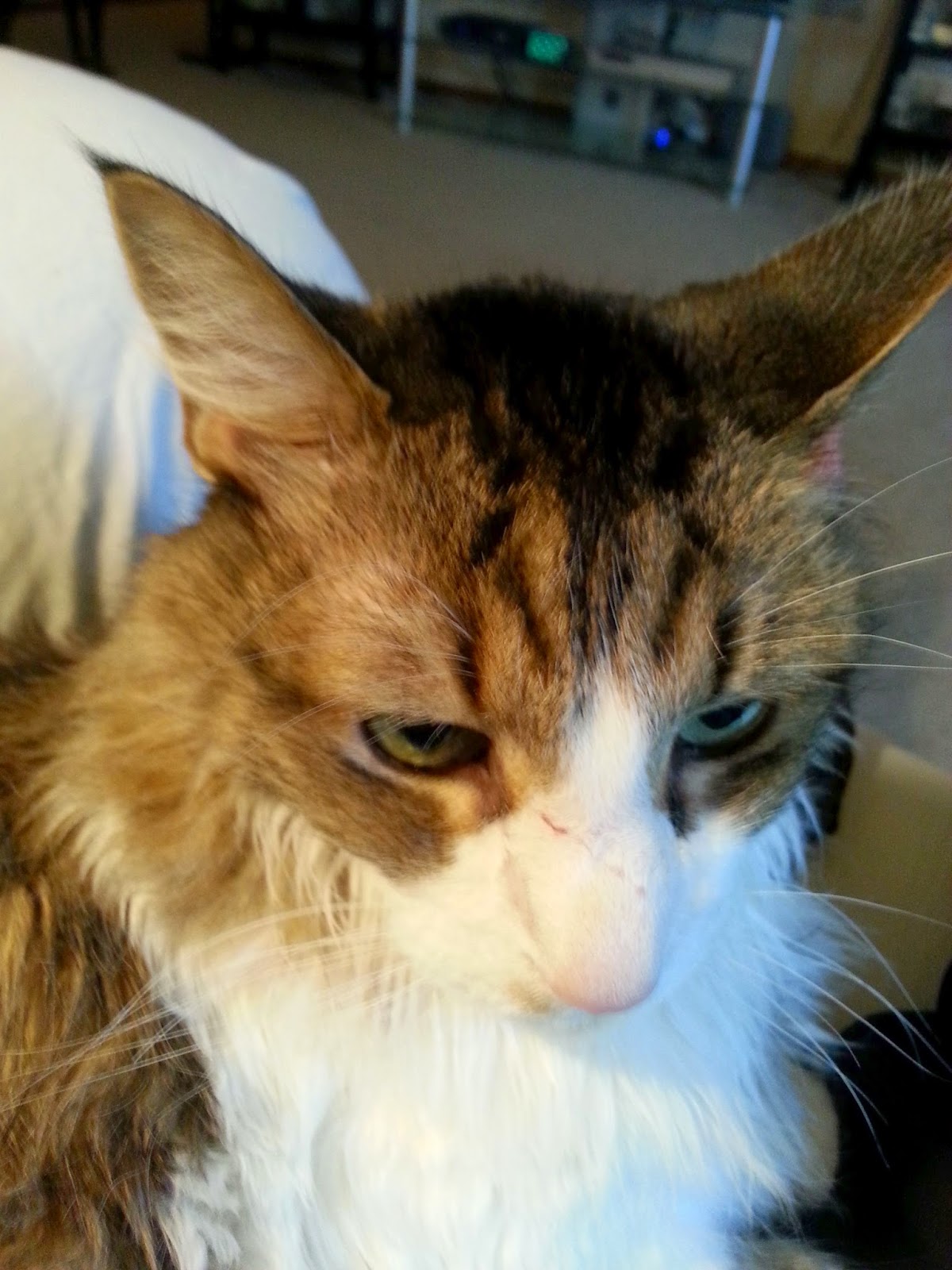 ha! edmund mighta been whuppin' up on me yestiddy, but bast knows i got a few good licks of my own in! i gave him a good bunny-kickin' inna head, an' got him inna nose, too! i dunno what kinda bug was up his asterisk, but i sure hope he's been fumigated by now!
Posted by Meowers from Missouri at 6:00 AM 9 comments: 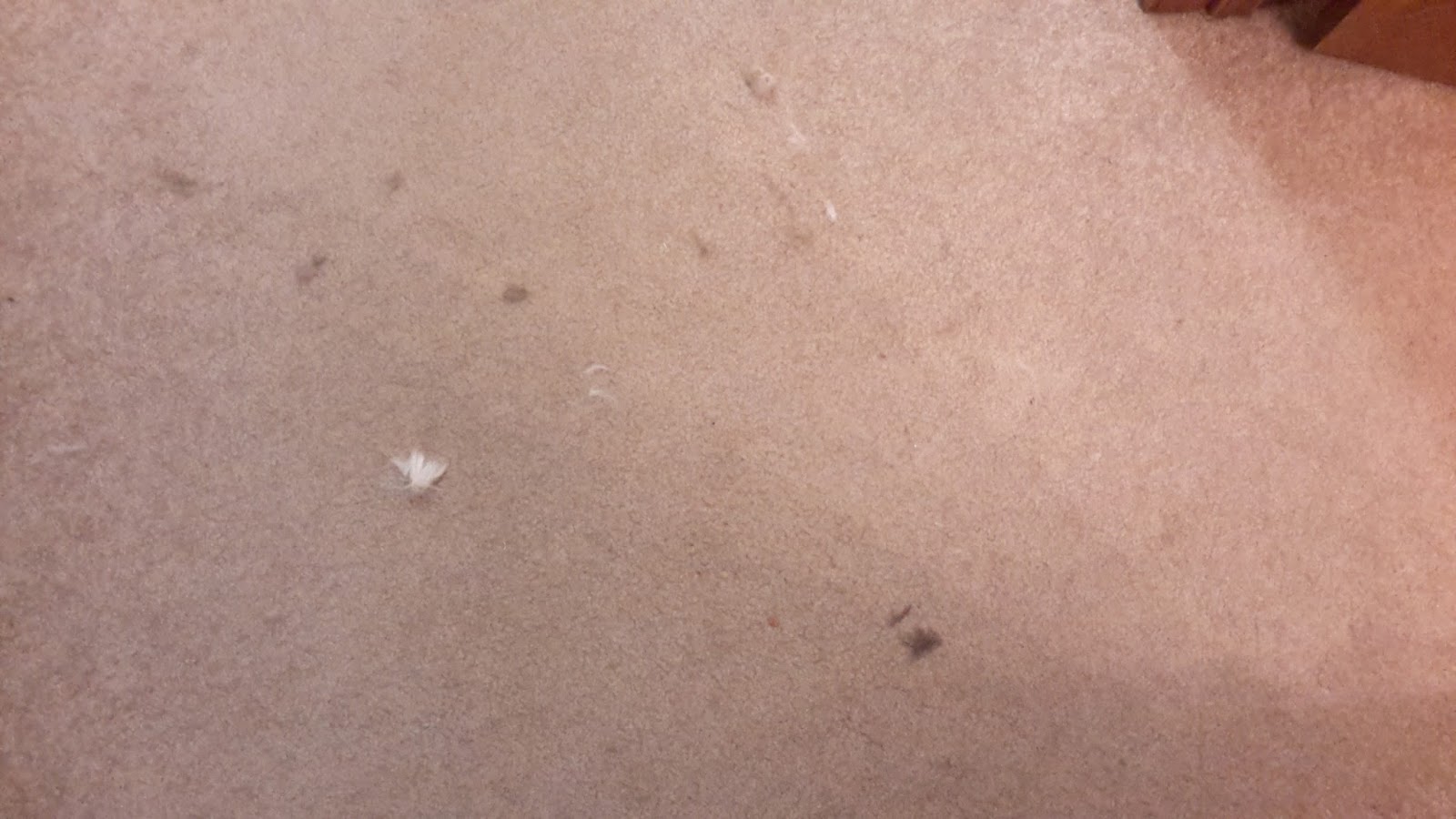 xing sez:  effidently edmund had a disagreement wif nitro ofur possession of the plague rat (out of frame) yesterday morning. My Daddy told My Mama that nitro wasn't efen DOIN' ennything an' was just walkin' by when edmund laid a whole case of whup-butt onnim. it woked me up outta my early beauty sleep, an' My Mama sed it even woked her up. she is not a happy Mama when woked up at 4:22 ayem inna morning. edmund kep' on chasin' an' whuppin' on nitro for a lotta minnits, an' they was bangin' inta the walls an' efurrything! My Daddy hadda toss stuff at him to get him to leaf nitro alone. nitro went an' hid, but edmund sat inna corner an' said a lotta werds from the cat bad werd list fur a loooonnnnng time.

such bullies those boycats are. and ill-mannered. And NOISY! you can see why i prefer to liff alone!

(Mommer's note: nitro was pretty cautious walking around the house for the rest of the day because ed kept giving him the stink-eye, but they were sleeping cuddled up together when i went to bed.)
Posted by Meowers from Missouri at 6:00 AM 3 comments: